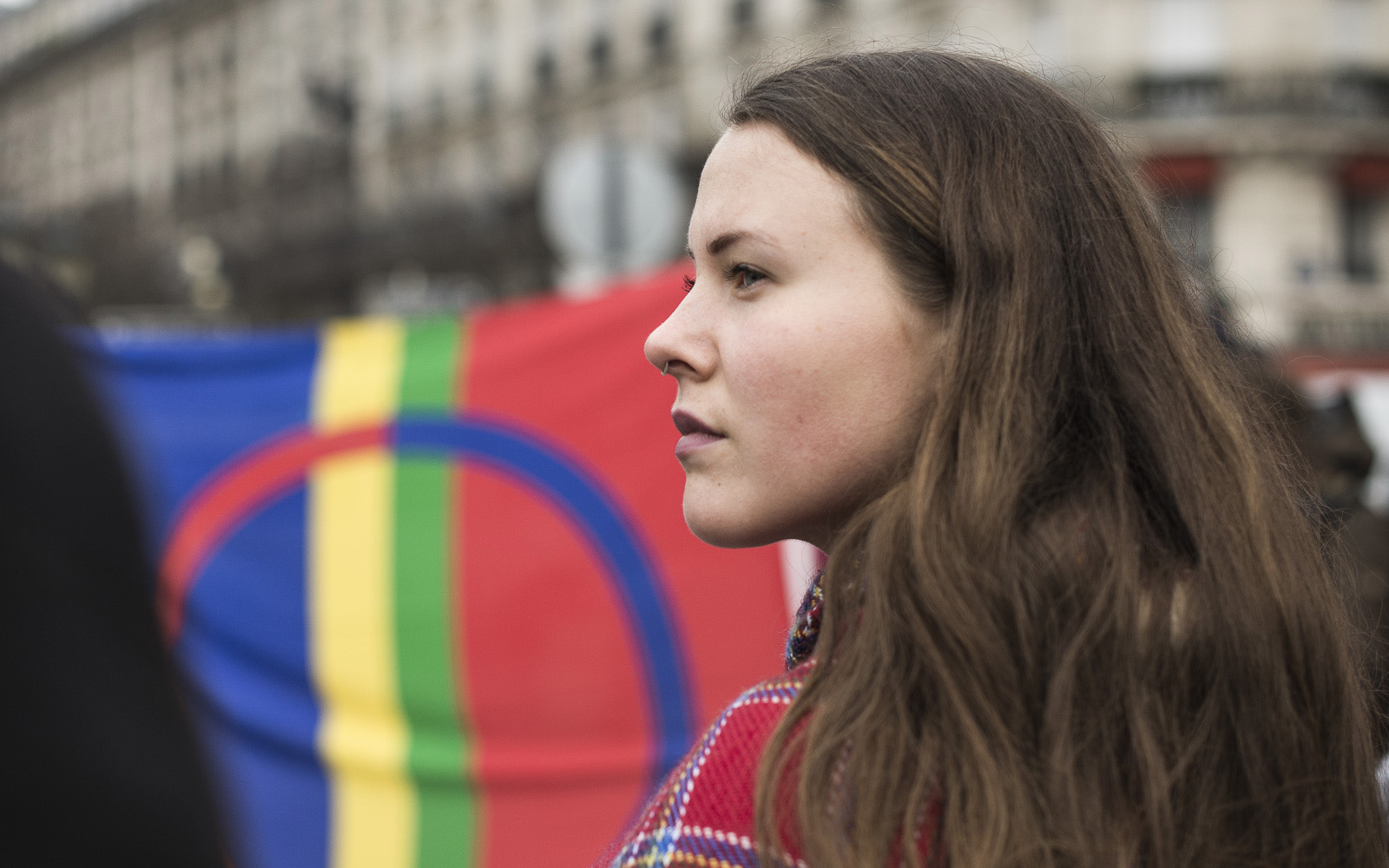 You grew up in Oslo and have your roots also in Guovdageaidnu/Kautokeino, you live and work in Giron/Kiruna at a touring theatre, where is home to you?

It’s a very good question because I don’t know where my home is. We have this saami saying that home is in our heart and it travels with us. Our famous poet Nils-Aslak Valkeapää wrote that, so maybe that is a thing, that I feel home in myself.

Giron/Kiruna is a mining town in the Swedish part of Sápmi, currently being relocated to avoid falling into the world’s largest iron-ore mine. How does that affect you?

I’m living in what they are calling “A city on the move”. It’s a crazy project. I guess it’s a result of how much money they think they will gain. It says something about their values. I see the mine every day and it’s ugly. The landscape is damaged, big areas that once was a saami traditional moving path and a saami reindeer herding area are now asphalt, mines and pollution. I have decided that I will never get used to see the mines, you can get so used to it that you don’t see it anymore. But I see it, and I think of how beautiful it used to be when it was untouched, and used by my people.

Your father was an author, a playwright, a poet and a nature activist, how much has that influenced or inspired what you do?

My father gave me creativity, imagination and an identity from the day I was born. He has formed and shaped the way I think and my values without pressuring me to do the same as him. After he died it was even more important for me to keep on searching for a stronger identity, the saami culture, the saami language and going into theatre and poetry. I feel close to him then, even though he is not here.